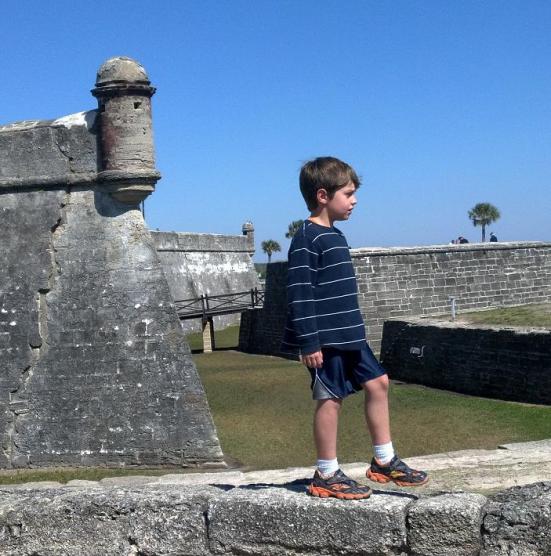 As the mother of a 9 year-old boy, I’ve stopped being surprised at the things that come out of his mouth. Most of the times I just laugh to myself .But there are moments when my son Jake comes up with something that is so profound, I have to write them down.

Today’s Sunday Funnys is Jake’s version of Words of Wisdom:

One day after I picked him up from the daycare place, he tells me about a conversation he had with the woman who was his Pre-K teacher. She was telling him that when they were making a ‘my favorites things book,’ he wanted her to write down that his favorite book was Arial, something from the movie The Little Mermaid.

His teacher was telling Jake that she kept asking him “Are you sure? Is that what you want me to write down?” The story goes on that Jake was very insistent that THAT was the book he wanted so she wrote it down.

Jake continues to tell me about the conversation and he says, “That’s the funny thing about life. You do something when you’re smaller and then it’s just funny when you get older. It just makes you laugh at yourself.”

Our next moment comes from a car ride home from going out someplace over the weekend. Jake looks at me thoughtfully and says, “I’m glad I’m growing up like this. I get to have all these experiences.”

Before you start commenting about how wise my child is or that he’s the next big philosopher, later that night he comes out of the bathroom before he takes a shower and lands this one on me: I should write a book called “Never Look into the Potty Before You Flush.”